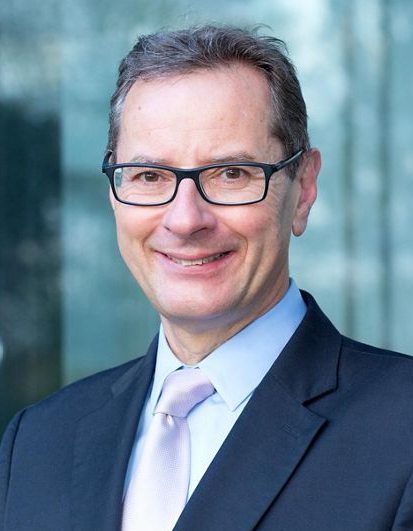 In his role as Executive Vice President Engineering Mr Champion is responsible for research & technology, overall product architecture and concept development, the design office, integration & flight-testing and continued product airworthiness. Mr Champion is a member of the Airbus Executive Committee. Additionally, Charles Champion was appointed the Chairman of the fully owned subsidiary Airbus India created in 2014.

Charles Champion began his professional career in 1980 with Aérospatiale as an engineer in aerodynamics. He held various positions in the Manufacturing before being in charge of the single-aisle aircraft final assembly lines from 1988 to 1992. During this period, his responsibilities included the development of the A321 final assembly line in Hamburg.

In 1993, Mr Champion was promoted to Director of Airbus Programmes at Aérospatiale’s headquarters in Paris. He returned to Toulouse in 1995 as Managing Director of the Future Large Aircraft (FLA) military transport project, now launched as the A400M, starting a new business for Airbus in the military field.

In 1997 Charles Champion joined Airbus Industrie as Vice President Sales for Eastern and Southern Europe and the C.I.S (Commonwealth of Independent States) being in charge of Airbus’ commercial activities for some 25 countries. From 1999 until end 2000, he held the position of Product Executive for Airbus Single Aisle Programme, before being appointed Head of the A380 programme, until the successful certification of the A380 in 2006.

From 2007 to April 2010, Charles Champion was Executive Vice President in charge of Customer Services, responsible for the support of all Airbus Aircraft around the world and for the development of services for Airbus customers.

Charles Champion was born in 1955 near Paris, France. He graduated from the Ecole Nationale Supérieure de l’Aéronautique et de l’Espace in Toulouse in 1978, and holds a Master of Science degree from Stanford University. Married, with two children, Mr Champion enjoys running, listening to opera and going to the theatre.

All session by Charles Champion